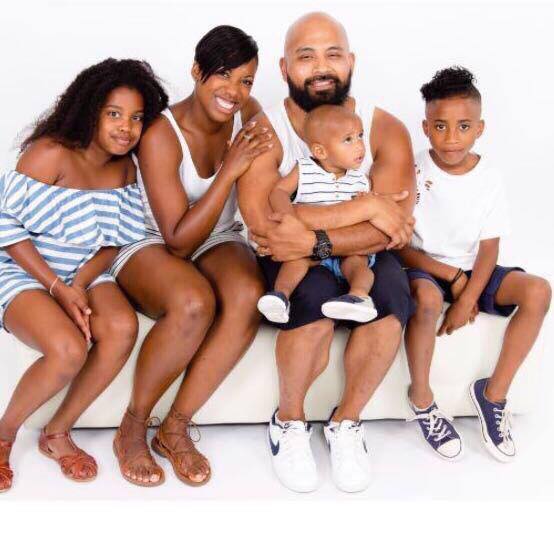 The father of Joshua Kotadiny, Ferry Kotadiny, is a well-known and inspired evangelist, often referred to as ‘The Nicky Cruz of the Netherlands’. Back in the early 70’s, he was a feared drug-dealer and he even sold dope to Mick Jagger of the Rolling Stones. But when he came to faith, it changed everything, and he immediately wanted to win the world for Jesus. Ferry drew full houses as an evangelist, but he had little time for his family. And his son, Joshua, was the biggest victim of his ministry.

Joshua was only four years old when the family moved to East LA to live amongst drug addicts. Father Ferry felt called to help these people. But he was growing up with badly behaved children at a young age and quickly got in trouble.

Joshua went on to grade school and was discriminated against because of his color. Then, after just over a year, the Kotadiny family moved back to the Netherlands and young Joshua turned into a hard and angry boy.

In the rough, South East side of Amsterdam, Joshua’s behavior got worse. He verbally attacked teachers and was something of a class clown. He made it so far as to reach the first class of high school. Then, he started hanging out with older guys who got him involved in the world of drug use, drug trafficking, and robbing shops. He was on a downward spiral yet again.

Joshua and his friends slowly but surely gained notoriety as a street gang in the Amsterdam neighborhood, Gein. Then, Joshua robbed a white student from the neighborhood. Joshua got busted. He hit rock bottom.

It was then that Joshua’s father finally saw that he had been neglecting his own son, and what this was doing to him. His son was slowly but surely becoming the same drug criminal that he himself had been. From that moment, Joshua’s father tried to spend more time at home and to have proper conversations with Joshua. But his son continued on his criminal path. He went on to had many run-ins with the authorities.

“I was speaking in churches and youth groups so much that I wasn’t at home very often, and I missed the fact Joshua was on a downward spiral,” said Joshua’s Father. “When I was at home, he just obediently went to the Church.”

“I was shocked when I saw the 17-year-old Joshua police file. I thought: this is a die-hard criminal. ”

Then, everything began to change in this young man’s life, as he began to find God for himself.

Joshua’s Father eventually found the drugs that his son was dealing and immediately flushed them down the toilet. Joshua ran into major problems with other dangerous drug criminals as a result. To get away from these hardened men, Joshua headed to a Church camp, and it was here that slowly his heart began to change.

He met people who were full of passion for God and he tasted that God really is good. The tough Joshua eventually went forward in a meeting and gave his life to Jesus.

22 years later Joshua Kotadiny is a completely changed man. He is married to his wife Mirjam and they have three children. Kotadiny dedicated his life to full-time ministry as a church planter in the inner city of Amsterdam. He is also an author of his own book, and an international speaker.

He has just released his new book ”Gein trappen Grace vinden” (Finding Grace in the Gutter) which tells his incredible life story. Joshua and his wife are reaching people with the gospel in Amsterdam and across the world. Joshua’s Vision is to reach big cities and to make a difference in his generation; to share Christ with them and turn them into passionate followers of Jesus.

Pray for his amazing ministry!

Order a copy of his book today here